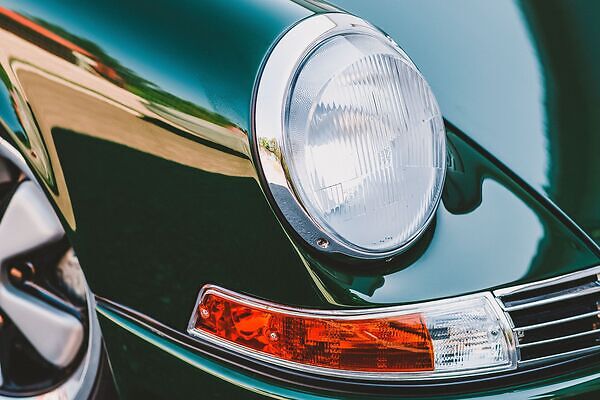 There is nothing like a Porsche 911 Turbo. From the timeless style to the incredible German engineering and blazing speed, the Porsche 911 Turbo gives you a unique driving experience. With a well-equipped price over $200,000, the current 911 Turbo can be hard to get into as a new model. However, there are a number of older model Porsche 911 Turbo models that are more affordable. As long time local Porsche mechanics, we have a special love affair with the beauty! Best of all, these models also feature Porsche’s distinct look that never gets old. For all the purists out there, we know this automobile is also referred to as the 930. But, for simplicity, we will refer to it as the 911 in this article.

History of the Porsche Whale Tail

When it comes to classic Porsche’s, then you certainly can not overlook the sought after “whale tail” model. In the 1970s, the Porsche 911 Turbo was one of the fastest production cars of its era. The “whale tail” name was given to the 911 thanks to its extra-wide hips and its one-of-a-kind spoiler that turn heads even to this day.

The whale tail Porsche 911 debuted in 1975 and has a turbocharged 3-liter boxer engine that produced 260 horsepower. This was an extraordinary amount of horsepower during the mid-1970s and give the 911 turbo the nickname of the “autobahn missile.”

Three years later, the 911 Turbo gained a 3.3-liter engine and added an air cooler. Because of the new air cooler, the spoiler was moved to fit on top of the engine. This new engine boosted the power of the 911 Turbo up to 300 horsepower and a 0 to 100 Km rating of 5.4 seconds. The Porsche 911 remained in production until 1989.

What years and models of the Porsche 911 available?

There were two generations of the Porsche 911 models produced during the vehicle’s 15-year run. Here is a look at what models are available:

What special options were available?

Other equipment options found on the Porsche 911 Turbo include the following:

What is the price range of the Porsches 911?

The price range of a Porsche 911 can range anywhere from $50,000 for a high mileage model to over $200,000 for a pristine, special edition model. Here are some sample prices of selection Porsche 911 vehicles:

Where to find old Porsche models

There are a number of places where you can find Porsche 911. In order to perform a nationwide search in minutes, it is recommended that you look at the following sites:

eBay Motors – You can find 911 models from any model year, in any part of the country.

Carsandbids.com – Specializes in vehicles produced in the year 1980 and after.

Bring a Trailer – Bring a trailer is a great choice for older models.

Craigslist – If you are looking for a local seller, then check the local pages of Craigslist.

Auctions – Check for auctions from Copart.com, Smart Bid, and Ove.com. These sites offer you the opportunity to buy salvage models that can be restored.

Clasiccars.com – A great place to find 911 models in all conditions including special edition models.

How to choose the right Porsche 911

In order to choose the right Porsche 911, you have to decide which is the right model for you. Here are some factors that you will want to consider:

Overall, it is recommended that you look at models that have around 100K miles. This is rather decent for a 30 to 40-year-old Porsche. If you look at models with over 150K, the repair and restoration work might be a little too ambitious for your budget. Finally, take a look at the 3.3-liter models since they will give you better performance.

The Porsche 911 is a complex German machine that will require special attention. The good news is that a qualified mechanic should be able to address some of the most common issues that will affect a 30 to 40-year-old Porsche. When a Porsche model exceeds 100K miles, you will want to consider a cylinder head rebuild.

Since you are also dealing with a turbocharged Porsche, there may be a possibility that you will have to replace the turbocharger. This will be a complete unit replacement that will run about a couple of thousands of dollars.

Here are some other areas that will require special attention:

Many parts for old Porsche 911 models are available through the automaker’s Porsche Classic program. Your auto mechanic will be able to order many of the commonly replaced parts through Porsche Classic.

How much does it cost to maintain an old Porsche 911?

Maintaining a Porsche 911 may be more affordable than you think. Here are some of the common services associated with the maintenance of a Porsche 911:

You will also want to consider regular maintenance such as oil changes, brake system flushes, wheel alignments, and tire rotations when factoring in your running costs.

The importance of a pre-inspection of the vehicle before purchase

Autobahn has years of experience with Porsche 911 models. Our pre-purchase inspection service can help you determine which classic Porsche is right for you. When you are ready to get behind a classic 911, be sure to give us a call before you buy.