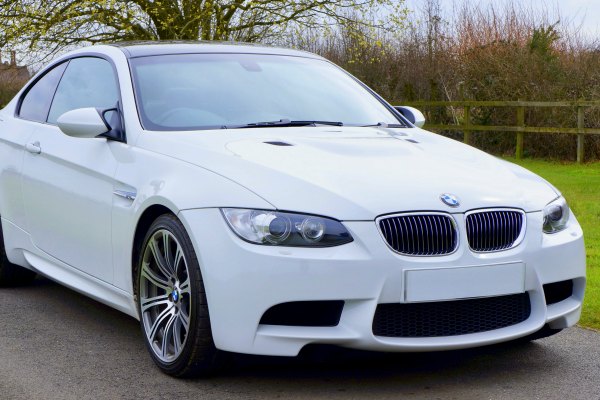 BMWs are known for their responsive, smooth handling, so you can tell immediately when something is wrong with their steering. Vibrations in a BMW 3 Series steering wheel don’t occur often, but it’s important to quickly identify the cause when they do. While it may only be annoying at first, a shaking wheel can pose a safety hazard and lead to more serious problems in the future, especially when driving in poor conditions.

The causes of a shaking steering wheel in a BMW 3 Series include the following:

A car’s suspension system connects it to its tires, and allows relative motion between the two. It must always strike a balance between traction and handling, since these forces directly oppose each other. The primary components of a suspension include the linkages, shock absorbers, springs and tires. The front suspension usually has the greatest effect on steering since it’s connected to the steering wheel.

Suspension systems naturally become looser over time as parts become worn. However, the BMW 3 suspension system is more complex than that of many other cars, so they often have multiple factors that contribute to steering wheel problems. For example, more than one ball joint or brushing can crack, wear out, or become loose at the same time.

This process can result in a continual vibration of the steering wheel at low speeds, which is one of the most serious indications of a failing suspension system. Other symptoms include various noises such as clunks and squeaks while braking, driving over bumps, and turning. Steering noises and vibrations could indicate potential risks such as losing control of your car, so you should get your suspension checked as soon as you experience these symptoms.

Tire Out of Balance

A tire’s weight must be evenly distributed to ensure it rotates smoothly, which requires a mechanic to place weights in specific locations around the rim. The symptoms of an unbalanced tire on a BMW 3 are more specific than those of other steering problems. A vibration that only occurs within a specific speed range and evens out above that range is most likely due to unbalanced tires. If the vibration continues to get worse as speed increases, the steering problem probably has another cause.

Balancing the tires may correct a steering problem and is a simple procedure that should be included in your regularly scheduled service anyway (typically every 3,000 to 6,000 miles). In addition to preventing steering problems, this practice also helps ensure your tires wear evenly, allowing your tires to last longer. Tires that are unevenly worn may also cause your car to vibrate, which would require the tires to be replaced. Low air pressure is another tire-related cause of vibration, although this problem is easily remedied by simply inflating the tires to their proper pressure.

Wheel bearings should last for a long time, but, like any other part, they will eventually require service. The most common problem with wheel bearings is when they lose their lubrication, making it more difficult for the wheels to turn. This condition usually causes the steering wheel to vibrate at low speeds, which gets worse at high speeds.

Wheel bearings can also wear out over time, typically due to lack of lubrication or driving over rough terrain. Worn bearings increase vibrations and ‘play’ in the steering if the bearings are in the front wheels. Furthermore, they can cause loud whines and rumbling, especially at high speeds or during cornering. Replacing the front wheel bearings in a 3 Series typically involves replacing the entire wheel hub assembly.

A brake rotor is a metal disc connected to the wheels. When you apply the brakes on your car, the brake caliper closes and presses the brake pads against the rotor, thus slowing the car. Rotors can become warped for a variety of reasons, usually driving the car through cold water when the brakes are overheated or over-torquing the lug nuts that attach the tire to the wheel. A stuck caliper and excessively worn brake pads can also warp a brake rotor.

A rotor that’s only slightly warped can cause a BMW 3 steering wheel to shake noticeably when braking, especially when braking hard at high speed. This repair typically involves turning or replacing the rotor, depending on the specific problem. It may also require replacing the caliper if it was the cause of the warping.

It’s possible that a bent front wheel rim can cause a BMW 3 steering wheel to shake or otherwise behave oddly, although this is less likely than the other causes. It will also allow the tire to go flat if the rim is bent badly enough to prevent it from sealing the tire. A bent rim needs to be repaired promptly since it could come loose at any time, causing a blowout. It also wears out the suspension more quickly.

A shaking steering wheel on your BMW 3 Series can make handling and cornering more difficult, and it may also be a symptom of a serious condition. Failing brakes and suspension systems are some of the most dangerous causes of steering wheel vibrations, although other parts may also be responsible. Many of these problems will be corrected during scheduled maintenance, but if you are having steering problems, you should head in to have it looked at as soon as possible.